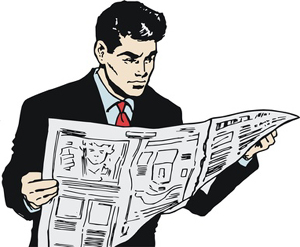 A good-paying, successful career can cure a variety of ills.

If you’re going to have to set your alarm clock and get up every weekday morning for the next four decades, you might as well get paid well and enjoy it as much as possible.

Living well is the best revenge for all the crap you have to put up with in school. Don’t screw it up.

So, What Are the Steps?
1. Figure out what you want to do.
2. Determine where you can do it.
3. Get hired by someone so you get paid to do it.

Play Where You Can Win
Study what you are good at or what you enjoy.

Find out what it is that you are good at and then focus on that activity.

Being successful in your career involves becoming really good at one thing. Decide what that thing is going to be and then focus on it.

Always Be Closing
Always be thinking about, working towards and closing in on your first job.

Keep your end goal in mind constantly. You need to have fun, but make sure some of your daily actions are helping you get closer to your end goal of getting into the career you want.

Keep your eye on the prize.

Try to not put details on your page that mentions you breaking the law or being unconscious or naked in public.

That’s about it. Can you handle that?

You can go further and use Facebook to promote what a great person you are.

Did you go on a walk for charity? Include a pic of that. Worked with Habitat for Humanity for a couple of days? I hope you got a picture of it.

Look, personnel people know and expect you to have a personal life filled with fun, hobbies, recreation and the occasional vacation. But before you post something, just think about how it will look to a recruiter as well as what your friends will think. That’s all.

Get a Decent Email Address
First, don’t have an obscene email address. If your email address has to contain a number, it doesn’t have to be 69.

Your college email address is fine, although it will end up going away one day. A Gmail account is also fine but it may be difficult to find an available short name.

If your personal name as a domain name is available — buy it. If your name is available in the dot com extension, just buy it now. It only costs $10 a year and it will come in handy either now or one day soon.

If you buy a domain name, you will be able to set up an email using this name for no extra cost. And it could set you apart a little bit from the rest of the crowd.

Understand the Job Recruiter
Get an understanding of the first person who will be interviewing you.

Hiring people is one of the job duties for this person. They want to help bring in people who will be okay at their new jobs. They aren’t looking for potential superstars, they just want to hire some solid, dependable people.

There is an old saying in business that nobody is ever fired because they bought HP. What this means is that if your job is buy an office printer and you buy a Hewlett Packard printer and something goes wrong with it, nobody is going to blame you because HP is known to produce some of the most dependable office equipment.

If, on the other hard, you happened to purchase some off-brand discount printer, and that printer goes bad, your boss may decide that you made a bad decision. And you don’t want your boss to think you make bad decisions. So it’s in your best interest to play it safe and just by HP.

The same thing happens in human resources departments every day.

If a recruiter hires someone who has the right degree from the right school and that employee flames out — it’s hard to blame the recruiter, because, on paper, the recruit looked like a logical choice.

If, on the other hand, the recruiter brings aboard someone who doesn’t have the usual degree and earned it at a small or unknown school, and that hire turns out to be a bust — that recruiter’s boss may think the recruiter made a mistake.

Low level human resources people try to not make mistakes, so they are very cautious and they try to hire only logical choices. They want to make sure that if their boss ever looks back on their hiring choices, they won’t criticize their judgment in hind site.

And HR bosses don’t generally go back to look into who brought aboard the employees that worked out really well, they only investigate the mistakes.

Do your best to look like a logical choice for the job you are applying for.

Suit Up
You want to look the part. Dress for the job you are applying for.

Not all interviewers are imaginative. They want to hire someone who looks like the other people already doing the job.

Make it easy for them. Look like you fit in already. 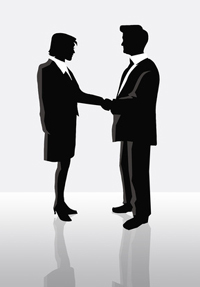 Pages to Look At

Me and the guys put this site together so that we could discuss some of the tactics we have learned that helped us out in school and life. These various tactics range from some rather obvious suggestions all the way to some pretty outrageous tips and tricks. You can pick and choose which tactics and tips to utilize in your own situation. Good luck, we’re pulling for ya.